I attended Opening Night of Million Dollar Quartet this past Wednesday night and I was basically looking forward to an enjoyable musical review. I have a fair amount of appreciation of the music from that era so I expected to like it enough.

What I did not expect was that by the last scene I would be standing in the Segal Centre, with my hands on my cheeks and my jaw dropped halfway to the floor while 40-50% of the audience was literally dancing in their places.  There is a reason that the Chicago Tribune called the show “Jaw-dropping” and that’s because it was.

The musical is inspired by the incredible true events of December 4, 1956 when Sam Phillips ‘the Father of Rock & Roll’ brought together Johnny Cash, Jerry Lee Lewis, Carl Perkins and Elvis Presley for one of the greatest impromptu recording sessions ever. 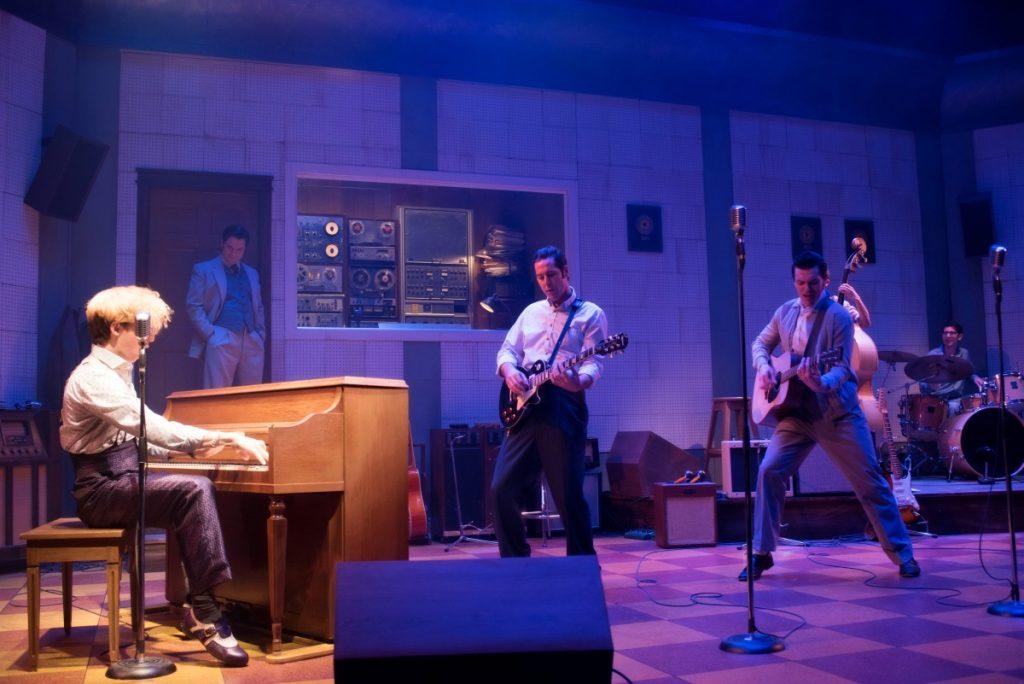 There’s some history of Rock & Roll that is woven throughout the show and brings it all together to create a story, but the WOW factor came from the incredible talent, and I am going to start with Christo Graham as Jerry Lee Lewis.

I can try to describe to to you in words just how out-of-this world his performance was, I can truthfully tell you that the last scene of the show had me MINDBLOWN, but you have to see it to believe it.

If you went to the show JUST to see Graham’s performance, that in & of itself would have been worth it. By the way, the rumblings as we exited the theatre were all about his performance…so it’s not just me 😉

I would be remiss not to mention Sky Seals as Johnny Cash.  He was outstanding. Let me tell you that while I know some of Johnny Cash’s music, that in and of itself would not have compelled me to get out of the house to watch this show, but what a performance he gave! I also feel it important to mention that while it made sense for his character to be ‘having fun’ during this impromptu jam/recording session, Seals legitimately looked like he was Johnny Cash having the best time.

While I won’t mention every single member of the cast, I do want to give a few more shout-outs 🙂

James Love connected with the audience as Sam Philips and Edward Murphy had me moving in my seat with his performance of Blue Suede Shoes. Sara Diamond sang beautifully and didn’t know that I was in the audience secretly cheering her on as I remembered watching Youtube videos of her singing accompanied by the talented Matt Aisen on guitar several years ago, and thinking that she was terrific.  I may have actually whispered a quiet “You Go Girl!”. 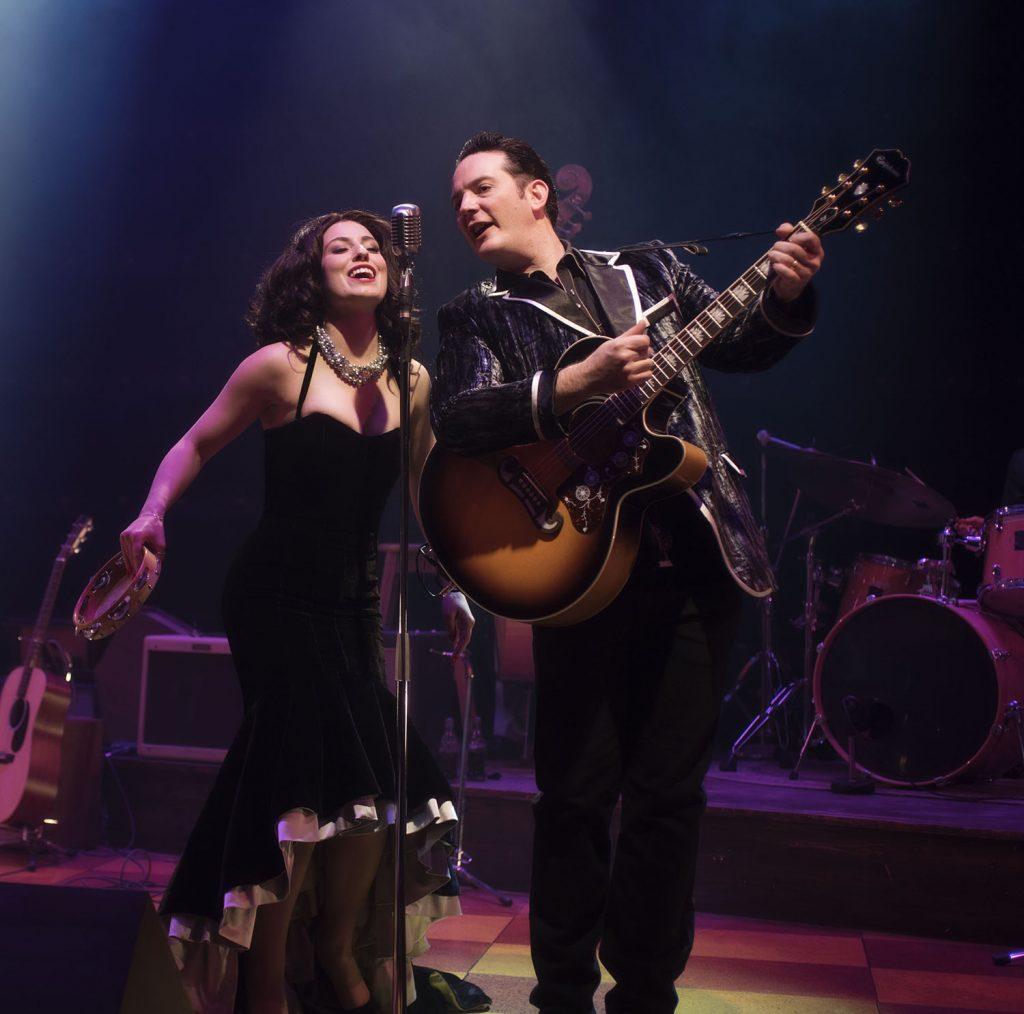 What else can I say?  At the end of the show, Director Lisa Rubin addressed the audience and said “Can you take it?!?” We understood what she meant-and it was actually difficult to process just how incredible this performance was ( especially Graham as Jerry-Lee Lewis).

I want to emphasize that while I talk about the last scene being mind-blowing, the show was fantastic in its entirety, even before what I will refer to as ‘the finale’.  Even without that incredible finale- Million Dollar Quartet is worth your time & your ticket.  What the finale does is take it from an amazing show to a MUST-SEE…So much so that I may be going back and taking a few more of my loved ones along with me 😉

At the time that I am about publish this post, Saturday night ( April 29th) is already sold out and only 3 tickets remain for Sunday and there are very few tickets left for the rest of the week.  The show is playing at the Segal until May 14th, so just to make your life easier, you can CLICK HERE TO BUY TICKETS  ASAP  or call 514-739-7944.

Want a but more info about the show? You can visit the Segal Centre website.

Finally, if you can’t get tickets to the performance at the Segal, due to popular demand, the show has been extended to include performances at Place des Arts’ Cinquième Salle from May 17 – 21.

…and after the show, write back to me to tell me how much you loved it 😉

Grab a McCafé for a Cause Today – It’s #McHappyDay! […] Martin Terriault (Yes, that would be the same Martin Terriault who blew everybody away when Million Dollar Quartet hit the Segal a while back)  Disclosure: I think that over time I have also developed a […]