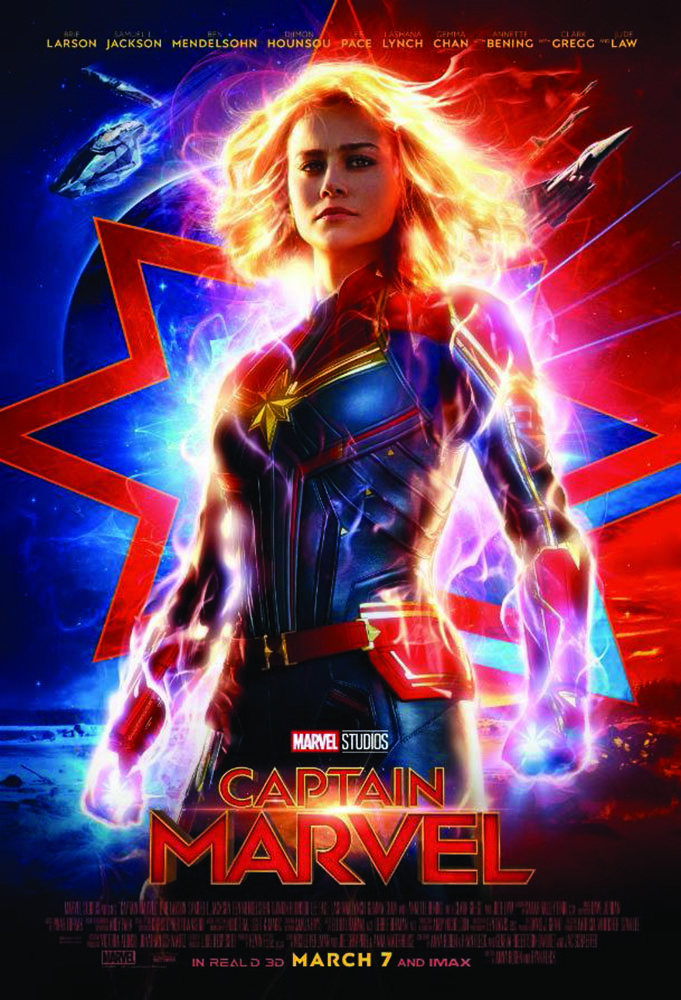 Last night, my hubby and I were treated to an advance screening of CAPTAIN MARVEL. As always, I don’t believe in spoilers so I will limit what I share to what I loved about the movie without focusing too much on the story line.

Before I say anything else, allow me to remind you: STAY UNTIL THE VERY END OF THE MOVIE. By that statement I mean that if there are still credits rolling, then you haven’t seen it all (even if you think you have). WHEN THE SCREEN LITERALLY GOES BLACK, THAT’S WHEN YOU CAN LEAVE.

As with most of the Marvel movies, there were some good laughs and great tunes. The fact that it is set in the 90’s will hit the nostalgia button more than once and be good for some extra chuckles.

What resonated with me most was the subtle (or not so subtle) messaging. If I delve into this too much, I risk a spoiler so I am going to play it safe. Let’s just say that we are reminded what it is to be human. I will also add that while I am very proudly Canadian, there is a healthy dose of ‘American pride’ and what it means to be American.

In addition to the messaging I refer to above, messages of female empowerment were to be expected from the moment we first saw the poster for CAPTAIN MARVEL which exudes female strength. That said, Marvel took the messaging a step further than the ‘typical’ messages of female empowerment. I encourage you to appreciate a particular line in the film addressing the issue of how Moms set an example for our daughters. The message delivered came from a different perspective than we are used to seeing and I found it refreshing, enlightening and powerful all at the same time.

Brie Larson does a great job balancing cute and playful with tough and strong-willed. Samuel Jackson does not disappoint.

Finally, I would be remiss not to mention Stan Lee given that this is the first Marvel movie released since his death this past November.

Thank you Stan for the many years of Marvel.

Thank you for the very ‘human’ superheroes you brought to life for us, whose imperfections formed such an important part of their personalities.

Thank you for teaching our kids that you don’t have to be ‘perfect’ to be a superhero.

Thank you for the positive and empowering messages offered up in CAPTAIN MARVEL.

CAPTAIN MARVEL opens in theatres today, March 7. If you haven’t yet seen the trailer, here it is:

Enjoy the movie and don’t forget to STAY UNTIL THE VERY END.

If you’re there tonight, say hi to my teens…they’ve had this date on the calendar for a while now 😉