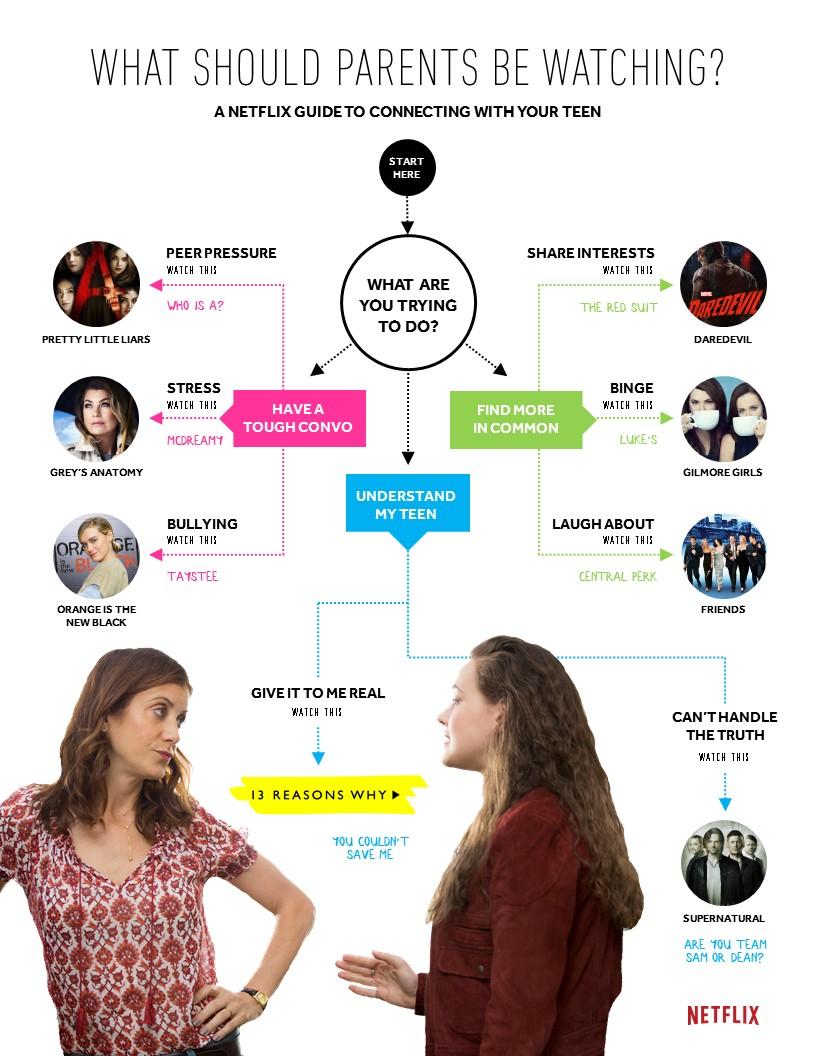 When I first heard about 13 Reasons Why on Netflix, my initial reaction was to wonder whether this was a good thing or a bad thing. My usual leaning is towards using films and books of this nature as catalysts for discussion with my kids, but I was  holding off on forming an opinion until my husband and I had made my way through the series.

For those of you who don’t yet know what it is about – it is the story of Hannah Alper, a teenage girl who, prior to taking her own life, records 13 audio cassettes, each giving one of 13 reasons why she chose to do so, and each addressed to a different individual.

As someone who did not read the book, I am only familiar with the filmed version.

I was warned that there are some very explicit scenes in episodes 9, 12 and 13( 2 rape scenes + the actual act of suicide). I had told myself that I wouldn’t watch any of these, that I would fast-forward through them as I really had no interest in watching this part. A friend and colleague for whom I have tremendous respect told me that my thinking was wrong and that I had to watch, and that when the time came for my kids to see it, that they had to watch- in particular the rape scenes, as she felt it important to illustrate clearly that no really means no.  I took her words to heart and allowed myself to watch those two scenes. While they were by no means easy to watch, they were done in a manner that I feel achieved the message that this was non-consensual, without being overly sensationalistic.

As for the suicide scene, I refused to watch it. My head was under the covers as my hubby fast forwarded through the scene. I saw her getting ready and I saw her after the fact. I got the picture without having to get the entire picture, if you know what I mean.

My daughter, who had read the book as well as watched the series chose to skip all 3 scenes as she had similarly been warned.

Prior to embarking upon the series, I had a discussion with a professional who works with teens and she shared with me that mental health organizations everywhere agree that it is a bad idea for someone who is susceptible to suicide to witness the act of suicide (or depiction thereof). The way I see it: Who knows who may ultimately be susceptible?  Why take a chance?  I truly believe the act should have been left out and without having seen it, suggest that you think twice before watching that scene.

That said, I think that the series itself is definitely worth watching – either together with your teen or separately, but then coming together to discuss it. When I asked my teenage daughter about the series, she had already watched it. She had also read the book, which she liked better. She told me that the kids at school could not stop talking about the series.  We also received a letter from the school’s guidance counsellor, letting parents know that the kids were talking about it, that we should be aware about it and should speak with your kids about it. When I asked my teenage sons about it, they too had been hearing everyone at school talking about it, but they have not yet seen it. My hubby and I do want to watch it with them ( they are 14 years old), or at least discuss it with them after they have watched it, but we feel that our 10-nearly-11 year old is still too young.

Part of the concerns that were brought up at school was whether or not the series glorified suicide. While I don’t feel that it necessarily glorifies suicide, I do feel that the way the series is done almost suggests that Hannah Alper is back from the grave, exacting her ‘revenge’ in a way those who she felt drove her to her final act. The thing is, that’s not reality, even if she left the tapes behind, she would not be around to get the satisfaction from her revenge. While the series does not show her getting such satisfaction, the way it is done can give the impression that she accomplished something by choosing to take her own life.  It’s worthy explaining to kids that she isn’t around to see the fruits of her labour, so to speak.

So, do I think that parents and teens should watch?

I do. That said, given my research, I don’t believe that watching the actual suicide is advisable or necessary for the show to have its impact and to be able to discuss with your teens. I also think it’s important to discuss the points shown in the chart above.

If you’re thinking of watching 13 Reasons Why with your teen and are looking for additional information, here are some resources to help navigate the conversation: 13 Reasons Why Talking Points (created by SAVE.org and the JED Foundation) If you are immediately concerned about a teen in your life, you can find a list of local market resources on this 13 Reasons Why Global Resource Website

Disclosure: I receive free Netflix streaming as part of the Netflix #StreamTeam. As always, all opinions contained within my posts are my own. Stop Bending Down in the Shower! 15 Minute Shelving Solution