My husband Ron and I have 4 kids ranging in age from 12 to 18. We only started sending them to sleep-away camp 3 years ago.  It was the last year that our eldest would have the opportunity to go as a camper and we did not want her to miss out on that experience. As for the remaining three kids, it was becoming more challenging to keep them entertained at home for the whole summer, which was something I had done with tremendous pleasure and ease for many years. I had been blessed with a work schedule that allowed me to be with the kids during the day and work at night, but the growth of my business had made that more challenging and my husband and I both felt that the kids would have a better summer experience in the great fresh air at camp than watching TV while we were both at work.

The challenge was that we were not sure how we’d be able to afford camp for 4 kids, especially given the fact that our kids were all in private school. Friends told us that there were incentive programs available and that we should meet with the camp to discuss.  And so, we narrowed the choice of camp to two choices and first scheduled a meeting with Josh Pepin from Camp B’nai Brith of Montreal. He met us at our home, which was beyond convenient. He spoke with the whole family about the programs and activities and about camp in general. The kids seemed excited.

Afterwards, Ron and I spoke with him about our budgetary concerns. Much to our surprise, there were discounts and incentive programs for families like ours, who, Thank G-d, earn well, but have multiple children and tremendous expenses (such as a private school education for 4 kids). What we thought would be impossible was now a situation where it would still be tight, but likely do-able.

The kids did not want us to meet with the other camp, they only wanted CBB of Montreal. Josh had also made an excellent impression on Ron & myself, so after multiple emails with questions and concerns, we decided to go for it and send our eldest to Pioneers (a full-summer program) and the others for the second month. The kids were thrilled, and truthfully so were Ron & I. We Love our kids and wanted them to have a fantastic summer, but to be completely honest, raising 4 kids is hard work and we were also very much looking forward to having a month to ourselves ‘sans enfants’.

On that note, my husband started talking about going away just the two of us. As luck would have it we had two travel vouchers from a bumped flight nearly a year prior that were set to expire at the end of August. We also had hotel points that were good for a week’s stay. That fortuitous combination landed us on a dream vacation that cost us only a rental car, food and a $29 charge by the airline! For one glorious week, we had only ourselves to worry about – the kids were well-taken-care-of at CBB and we were adventuring in our rent-a-jeep like two giddy teenagers.  We enjoyed eating breakfast that we picked up at the grocery store and picnicking. We would explore one day and enjoy the pool on the next- repeat. It was the vacation of a lifetime.

When we returned home, we were able to work without feeling guilty that the kids were home with nothing to do. We knew they were having a blast because we could see them in the photos on the camp website (except for one of our sons who I swear continues to this day to make a sport out of eluding the camera!)

When the kids returned home, they were sun-kissed, full of songs and stories and funny dances and had made new friends. They had experienced campfires and flagpole and watersports. Just in case you were wondering: Yes, we re-registered them right away to benefit from the early-bird discount! We, as parents, were re-energized and ready for another year of parenting 🙂 .

For the following summer there would be no travel vouchers and we were not sure we would be able to make a ‘couple’ trip happen but one way or another, we were determined that camp would happen. Let me just say that as the three older kids were well into their teens, my husband and I were looking forward to them being away at camp just as much as they were looking forward to being at camp and away from us! Bonus: The SIT program for our eldest was free of charge since she attended Pioneers (except for a nominal fee if she wanted to attend the Israel trip…which she did 🙂 )

At the end of June, after many nights of research and price-watching, we were able to put together another trip for mid-summer that would combine both adventure and relaxation. Once again we hiked and explored and visited the beach and once again we felt like we did back in University when we were dating. We literally started to feel human again instead of like machines caught up in the day-to-day craziness of life.

When the kids returned from camp, I can honestly tell you that our family dynamic improved (at least for a month or two).  I’ll admit it, I firmly believe that two hardworking and stressed-out parents + 3 teens + 1 pre-teen under the same roof can sometimes mean that everyone needs a break, even though we all love each other.

This year, our eldest returned as staff, one of our boys went into Pioneers for the whole summer (which included a much-anticipated trip to Chicago) and our youngest returned for second month. One son wanted to go on a different adventure and went on a group trip to Israel 🙂 .  Because of the various schedules of camp combined with the Israel trip, my husband and I only had 7 days ‘sans enfants’ and we enjoyed a very quick trip which was more about exploring than relaxing but we had a blast and enjoyed being together without worrying about everyone else. For the rest of the summer we have had either one or two kids with us at a time which has actually been a lot of fun because we have enjoyed more one-on-one time with our various kids than we have been able to experience in the past.

The kids will be all back next week, and we are looking forward to spending that precious pre-back-to-school time with them.  Will this year be as blissful a return home as it was last year?  Who knows? But one thing I know for sure is that my husband and I have been able to recharge our batteries enough so that hopefully we can handle another year of parenting 4 teens (one who, for the record, is officially an adult…but THAT is a whole other story!)

When my friends used to tell me that the kids going to camp would be good for them but also good for my husband and I, I wasn’t all that interested in that aspect. The thing is though, it’s actually true. And one thing that we do know for sure is that when we take care of ourselves, we can better take care of those around us, and that may be the biggest reason that my husband and I love CBB: It’s for the kids…and it’s for us. Bottom line:  It’s for our family. I Love You More than Ice Cream 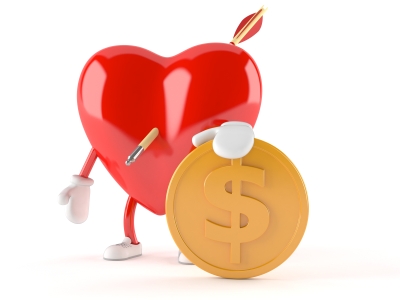 Romance on a Budget

Food & Nutrition For the Planning-To-Be-Mom No Annual Check-Ups for Healthy Quebecers Age 5& Up: A Sickening Decision. Literally. Out of the Black and Into the Blue – Part One

Starting at 8 years old CBB became my summer home until I was 20. Experiences I would never trade! My 13 yr old son spent 6 years at Camp Kinneret (not quite my choice), this year being his first at CBB for 2nd month Sr Boys. He LOVES it there, and already demanding 7 weeks for next summer 🙂