As many of you know, I don’t normally have ‘guest posts’ on the blog.  That being said, a friend of mine recently shared her story on Facebook and I think it needs to be spread as far and as wide as possible. She did not ask for me to publicize this, I asked her if I could share it because I think that her message is THAT important. I am not going to say anything more, because her words say it all.

Thank you to Montreal Mom Nathalie Kaspy-Shtern for agreeing to share your story with my readers.

I hope that many of you will share it because I believe that we can all make a difference in how this turns out for all of us.

This seems familiar. Maybe not to you, but to me. 17 years ago in March 2003. My son Jake, only 5 at the time, had cancer. Our life was all about social distancing. It was not a term at the time but we lived through the same motions that are recommended to us today. We were protecting Jake form the world. For most of the 130 weeks of chemo, we did not go to movies, we did not go bowling or to the library, or to school gatherings, we did not see friends, we missed weddings and bar mitzvahs and totally stopped going to synagogue. He was so fragile, I wanted to protect him at any cost. We did not go on vacation, my husband and I did not go away for a long weekend…everything was a threat to us. I was waiting for the other shoe to drop.

At the hospital, Jake wore a mask. A little kid with big blue eyes with a giant mask. Who knows what germs were looming about. I did not let him touch the elevator button, even though he asked, I did not let him eat on any of the hospital plates when they delivered his food, I did not let him eat any of the baked goods that families dropped over for fear that they may have been sick when they prepared them. He did not go to school, he missed school plays, outings and math class, he missed gym and running around with his friends. Even when we went to the park, he wore gloves when he played on the equipment and never was allowed to play in the sand. As soon as the crowds arrived, we would head home.

I felt alone. No one understood and I found myself thinking how lucky everyone else was to have their kids’ freedom in their hands. I had so little control over the medicine working, that I wanted to do what I could that was in my control to protect him. He was so little and I knew his immune system was compromised from the chemo.

Then came the neutropenia. Quarantine. Isolation. Words I have not spoken about in 17 years. Words so foreign to me at the time and so familiar to me again today. A new way of life for our family. His younger sister and older sister had to stop going to school. He could not even interact with his new baby brother. We were in the hospital for almost 2 weeks and I was the only one allowed to see him. We spent countless hours listening to Hillary Duff and coloring and playing with a sterilized set of Polly Pockets or an alcohol washed puzzle. We baked cookies, we chatted, we watched movies on a giant sterile television we would wheel in from a room that was reserved for the neutropenic kids.

When Jake was finally allowed to go home, he was totally isolated. His little friends would come over to see him thought the window where he would wave frantically and yell outside the screen to them and giggle. They would leave toys or rocks at the door that we would collect and clean after they left. This was his reality. He was doing great. I was not. This was too much to bare, but this is what I needed to do to protect Jake. From the world. It is like I had these glasses on that saw danger in so many things that were normal to others. My viewpoint had changed and was skewed by his Leukemia.

Jake is 22 now. This was 17 years ago. And last Monday, almost to the day of his Leukemia diagnosis, Jake came home from Los Angeles, where he was making his way as singer/songwriter. The other shoe now dropped. But this time, because he had travelled back home, he was now a potential threat to us. My own son. The one I protected from the world, the one who I shielded from danger, was now the danger to us? I cannot not make sense of this.

Quarantine. Isolation. Again. But this time, 17 years later, it looks so different. We are no longer alone. We are all united by this. We are all in the same boat. I cannot feel sorry for myself or ask why because I am not the only one suffering. I am rule follower and that is the only way I gain perceived control of a situation. So here we go. Jake is the boy in the basement. The same exact 2 weeks he spent in isolation when he is 5. Now at 22. I cannot hug him. I cannot hold him. I cannot watch a Hillary Duff movie with him on the couch. We went for a walk and he stayed across the street. We leave his food on the stairs on paper plates and cups. Thankfully he has no symptoms but this is precautionary, like to was 17 years ago.

So… if I can separate my family temporarily for the greater good, you can do your part to stay home. Isolate yourselves with your family, if you are so lucky to be with all of them. Friends will wait. Work will still be there in one form or another, social gatherings will happen eventually…I lived though it once and I can do it again. The outcome 17 years ago has been so magical- Jake is a beautiful healthy talented and brilliant human being. I did my part. I am doing it again. Now it’s your turn.

Nathalie Kaspy-Shtern (aka “Chef Nat”) is best known as the Founder of Montreal’s beloved ‘DoughNats’. Nathalie is also a licensed criminologist who holds 3 university degrees, but her true calling has always been cooking. After raising 5 incredible children, founding and running a successful charity, assuming leadership roles in school and community boards, it was her time to pursue her passion: to be a chef! After graduating from  LaSalle College in Culinary Arts, she completed her training with an internship at Maison Boulud at the Ritz Carlton. Nathalie has since re-invented the traditional donut, making it smaller so you can enjoy without the guilt…or so you can try more than one kind! She believes in real , fresh ingredients and ensures that everything that comes out of the bakery is top quality. Everything made in-house is tested and perfected until released.

Guide to Online Grocery Shopping Where You Pick Up But NEVER LEAVE YOUR CAR. For Mickey’s 90th: In Lieu of Gifts, #ShareYourEars Around the World to Support Make-A-Wish! Dear Parents: As School Begins, We Need to BE. THE. VILLAGE. 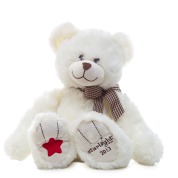