I have been making Gnocchi for Passover for years. This year, I thought I would try to take my gnocchi to the next level by making Baked Feta Gnocchi.

It did NOT disappoint. It is definitely not the same as regular Baked Feta Pasta as gnocchi has a completely different texture, but it is delicious and definitely a Level Up from just regular Passover Gnocchi Arrabiatta or Marinara.

For the gnocchi I used my traditional recipe. I actually made a double recipe and used 3/4 of it for the Baked Feta Gnocchi and the remaining gnocchi I served with Marinara for my 2 less adventurous eaters. If, like me,  you don’t require a ton of sauce on your gnocchi, you could easily mix the entire double recipe into the Baked Feta.

Here is the recipe (I doubled it for the Baked Feta version, meaning 12 potatoes, 4 egg yolks etc.) : 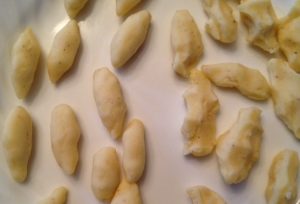 NOTE: I usually make gnocchi by rolling into a ‘rope’ & cutting my gnocchi. I found this dough slightly too soft for that method.

*Note 1: I bake my potatoes by pricking with a fork and placing in a 425-degree oven for about an hour, turning them over after the first 30 minutes.

*Note 2: You can prepare the gnocchi in advance and lay out in a single layer on a cookie sheet lined with parchment. cover with a tea towel and refrigerate until ready to add to boiling water.

CHEF’S TIP: Rather than discarding the potato skins from which you’ve scooped out the flesh, top with cheese (or even sauce & cheese) & pop under the broiler for a few minutes for a delicious snack of baked potato skins! Today I actually served these for lunch as I made the gnocchi in advance 😉 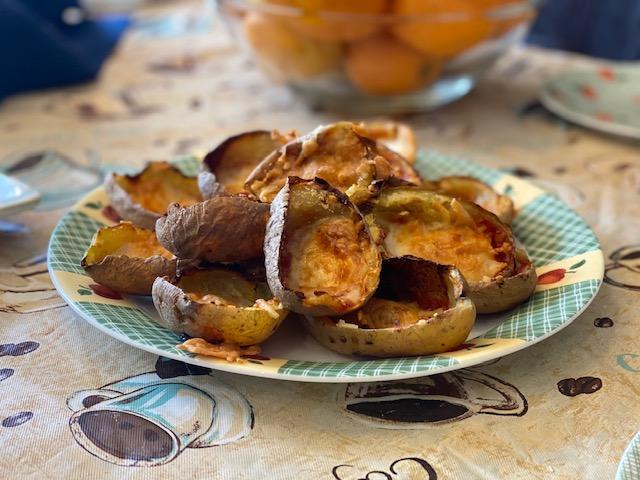 For the Baked Feta itself, I followed this recipe from FoodNetwork.com ( but used the quantity of gnocchi as described above rather than pasta as per that recipe)

Full disclosure: Although it calls for 8 oz of Feta, My block was 7 oz…no problem, it worked just fine! 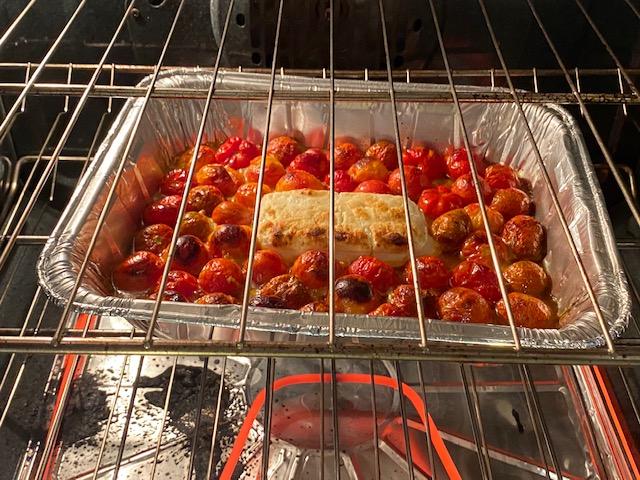 When I took it out, it looked like this:

I could have taken it out a minute or two sooner- watch it during the last stage of cooking. That said, it was still delish! 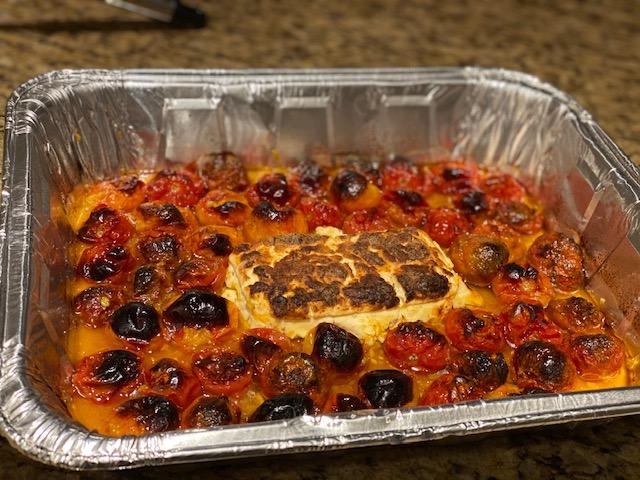 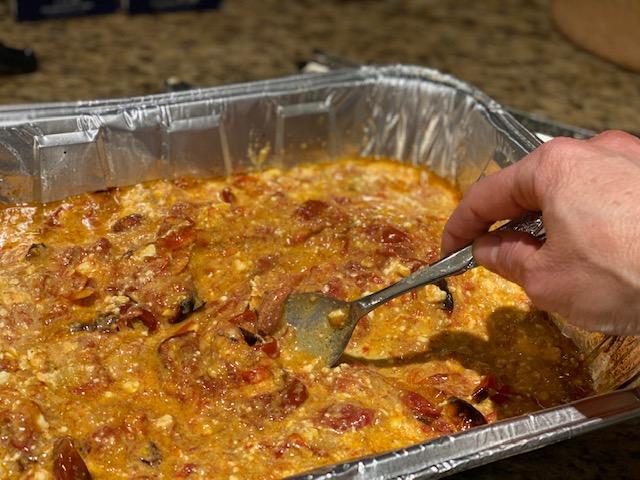 With the boiled gnocchi added: 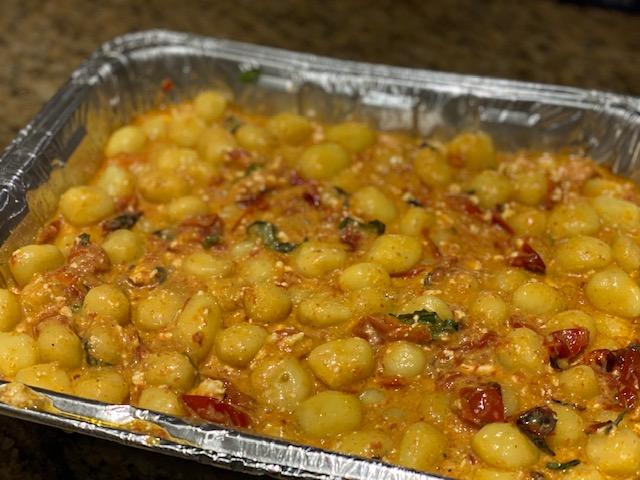 Montreal Dad a.k.a. ‘The Peanut Man’ in Need of Lifesaving Treatment…Here’s How You Can Help. When a Pulled Shoulder is a GOOD thing :)